Rev. Jesse TuthilI started serving the Lord 42 years ago. He was born November 25, 1950 and was raised in Southern California. After attending El Monte High School, he graduated in 1968 and he went on to Rio Hondo Jr. College and graduated in 1970. After Rio Hondo he went to the University of LA Verne and earned his B. A. Degree in Physical Education in 1972. His goal then was to become a basketball coach but the Lord had other plans and called him to the ministry. More tools were needed so he acquired his Bachelors & Masters degrees in Theology at Lighthouse School of Theology. Reverend Tuthill has been a Pastor since 1987.

On a more personal note, he married Linda Garrett on June 25,1972. They were blessed with three wonderful sons, named Samuel, James, and Matthew. They also have five grandchildren. Two beautiful fur-children, Australian Shepherds, Abigail and Bingo complete the family. After being an independent church since 1947, Rock of Faith joined the International Church of the Foursquare Gospel in 2003. 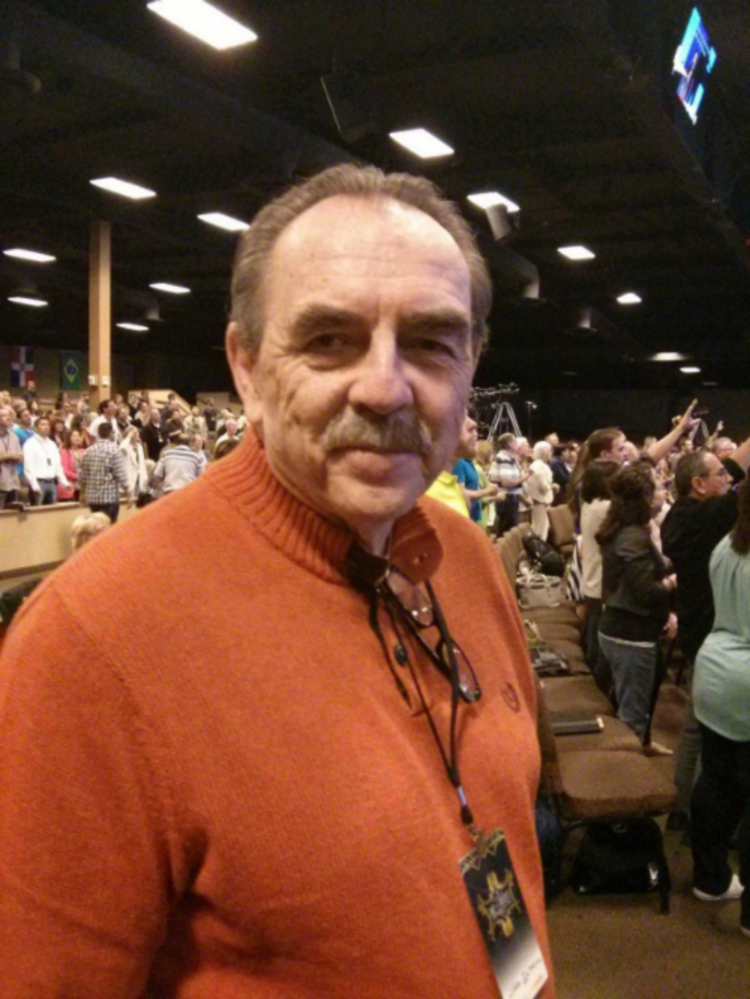 Rock of Faith congregation began and was founded in 1944 by Beulah Wilson (deceased). The church was then known as the Pentecostal Church of God of Ontario. The exact date of founding and incorporation are not known at this time.

Rev. Beulah Wilson was the senior pastor of the church until her son, Rev. Dennis Wilson (deceased), became pastor in the late 60’s. Under her leadership the congregation grew from the founding 15 members to approximately 80 regular members.

My wife and I joined the church in 1972, just after I graduated from La Verne College (now the University of La Verne).

By majority vote of the congregation, and under the leadership of Rev. Dennis Wilson, the church broke its affiliation with the Pentecostal Church of God and incorporated as the independent, non-denominational, Liberty Christian Center in 1978. During the next few years the church membership grew to approximately 200 regular members.

In 1986, Rev. Dennis Wilson resigned and the position of pastor was filled by temporary visiting ministers for one year. The church membership shrank to approximately 60 regular members.

I was elected senior pastor in July of 1987, by unanimous vote of the church board of trustees. I have filled the position of senior pastor since that day.

Later in 1987, the church reincorporated under the name Rock of Faith Fellowship and continued as an independent, non-denominational, organization. The church membership began to grow again, and now stands at approximately 150 regular members.

The original church sanctuary, built-in 1947 by returning WWII veterans, was located at 503 S. Cucamonga Street, in Ontario California. The sanctuary could seat 115 and the fellowship hall could hold about 65 people. The building was located in the high noise area of Ontario, in close proximity to Ontario International Airport. Due to this classification, high noise, we were prevented from adding on to the building or purchasing adjacent property to expand our congregation.

In 1998, the Redevelopment office of the City of Ontario purchased our building on Cucamonga Street. We used the $200,000 of proceeds of the sale to purchase a church in Upland at 2442 N. Euclid Ave.

In 2002 we connected with the International Church of the Foursquare Gospel (ICFG) and made arrangements to rent their property which is our current location. As we rented the property, the church made the decision to dissolve the corporation and join the Foursquare denomination. This decision was by a majority vote of the church board and the congregation at large.

In 2003 Rock of Faith Fellowship became Ontario Rock of Faith Foursquare Church and our congregation status was recognized as a full member of the Foursquare denomination and we purchased the property we were renting (see below).